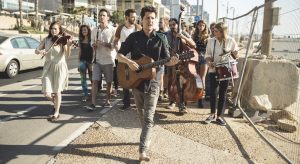 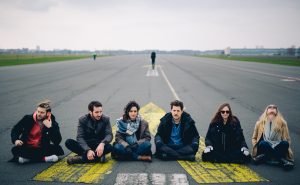 More than seven years ago, former street musician Rotem Bar Or started theAngelcy project, which he himself calls “Alternative Acoustic Lyrical”. Much has happened since then: the band gained new members, received multiple awards in their home country Israel, a first album (“Exit Inside”, 2014) was released and in no time at all, one of their greatest hits “My Baby Boy” became the hymn of a disillusioned secular young Israeli generation. Subtle observations of universal fears and hopes are typical for the lyrics of their rousing songs and the accompanying melancholic undertones, lent poetic force by theAngelcy’s very personal statements. In 2019, it’s full speed onwards, with a new album and live gigs on stages spread across the globe. Of course, the Mousonturm is one of them.