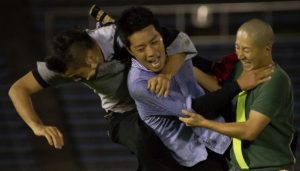 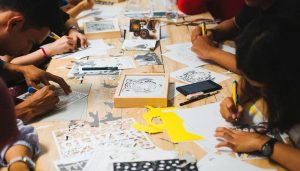 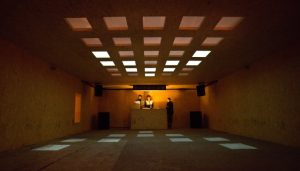 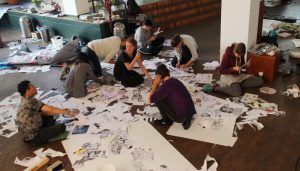 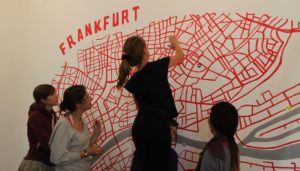 Football unites the world! The most innovative artist collectives from Jakarta, Osaka and Frankfurt have taken this statement literally and explored it at Mousonturm in a very special twist: instead of focusing on FIFA regulations and standard situations, they have concentrated on the hidden rituals and transactions associated with football – that which thrills and brings together crowds of people worldwide. The artists have carefully examined everything: from foul to arisan – a mix of gambling, microfinance and celebration found at even the smallest football game in Indonesia.
In the Art LAB, three very different teams come head to head: the Ruangrupa ArtLab, an association of graphic designers, comic illustrators and performance artists, is specialized in the transformation processes of urban spaces, the performance collective contact Gonzo from Osaka exult in extreme cases of physical contact and Frankfurt designers Yacin Boudalfa, David Bausch and Ruben Fischer aka YRD.Works are known for surprising reinterpretations of standard spaces such as restaurants, saunas and fitness studios.
The lab can be visited one hour before regular events of the Indonesia LAB as well as during various workshops and happenings in and around Mousonturm.