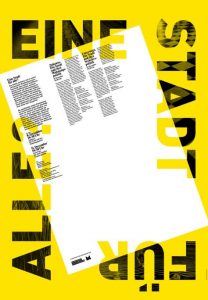 More people, more traffic, more cars – large cities feel the pressure to coordinate massive commuter flow with the increasing needs of a growing urban population. This is particularly true in Frankfurt. The city’s ecological, housing and traffic policies are mainly targeted at reducing automobile traffic. However, city planners are simultaneously confronted with a surrounding countryside population that points out a lack of alternatives. The differing demands that strained cities are asked to handle concerning traffic policies call for comprehensive answers. How to move forward with public transportation? And how can cars be banned from the city without causing social or economical damage?

With Christoph Chorherr, Jutta Deffner, Stefan Majer and others