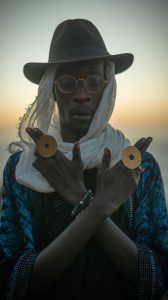 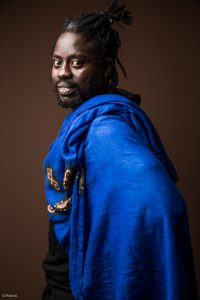 Dox Mbokk: “Weaving the links that forge us, taking care of the social body”

Kinship, social, cultural and spiritual ties are very important in West African cultures. There are several ways to maintain them: cousinhood with jokes or sacred rituals around meals, birth, weddings or death celebration – the art of connection, the art of living on a daily basis, by visiting each other, by talking, by supporting each other in the face of life’s challenges. “Dox Mbokk” is an invitation to revisit our various links, from towns to villages, from rural to urban, from nature to culture, from the other to oneself, from the spiritual to the temporal. It is about sharing moments together and maintaining relationships by inviting the public to come and weave together, with the differences and similarities that forge us. The workshop will be co-facilitated by Alibeta & Ibaaku. Alibeta is a musician, curator, filmmaker and writer and the founder of “KENU Lab’Oratoire des Imaginaires”, a community-led interdisciplinary laboratory at the cross-section between arts, culture, and social research based in the heart of the Ouakam neighborhood in Dakar. Ibaaku defines himself as a sound poet, a multidisciplinary creator and a cultural entrepreneur and is a founding member of “KENU Lab”. He has been active since early 2000s in the Senegalese hip hop scene with the “LZ3 collective”, among others.