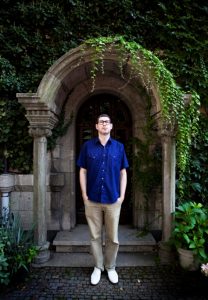 My definition is this…

You don’t need to wear a baseball cap, in order to like rap. You also don’t have to do breakdance, graffiti or rap, in order to like hip-hop. Sometimes a simple, unexpected sample is enough and then you’re “hooked”. In the case of Matthias Westerweller aka Weller, this is what happened on a Monday evening in 1989, when he first heard some sone from the first De La Soul album in Klaus Walter’s radio show “Der Ball ist Rund”. “THAT’s also hip-hop? Then count me in!” Steely Dan, Otis Redding, Hall & Oates – Hip -Hop? Sure! On Sunday, Weller will be playing HIS definition of hip-hop at the Lokal – with and without rap.

Weller started DJing in 1990. From 2001 until 2007, he was product manager for the labels Playhouse, Klang Elektronik and Ongaku Musik. In 2005, began working as a DJ and co-organizer of the open-air party series LAZY.