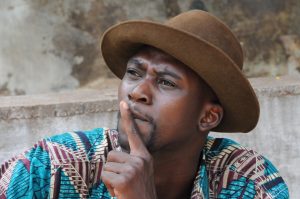 “His music resembles a series of fireworks soaring up from the dance floor at a midnight party” so Chris Eckman from the Walkabouts about the music of singer and guitarist Ben Tabo. This Afrobeat musician from Mali represents the musical culture of the Bwa people, who inhabit the South-Eastern part of Mali that border on Burkina-Faso. He has preserved the traditions of his people, while further developing the various rhythms and melodies into a mixture of styles that features sounds and influences from a wide range of musical genres: Afrobeat, funk, reggae, blues, even rock and jazz. His choice of instruments, ranging from traditional instruments such as balafon and tama to e-guitars and saxophone, demonstrates just how natural this way of working is for him.