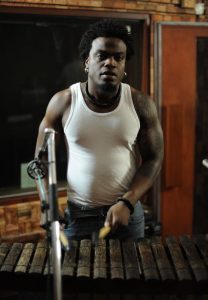 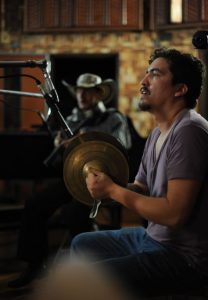 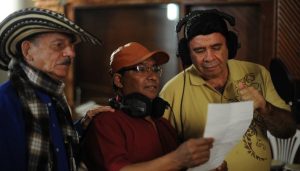 Ondatrópica, the Columbian All-Star-Band featuring both young new talents and established salsa and cumbia legends from the sixties and seventies, is a project initiated by Columbian musician Mario Galeano, head of the band Frente Cumbiero – a band, which enjoys quasi cult status in Columbia – and English producer Holland aka Quantik. Together, they have assembled around 35 musicians and invited them to combine classical Columbian styles such as Cumbia, Porr, Gaita or Champeta Clash with Boogaloo, Ska, HipHop, Dub and Funk elements at the legendary Fuenter studios in Medellin in an homage to Columbian music, a fascinating wild tropical mix.