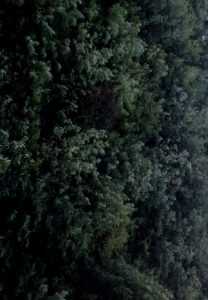 WHAT ON EARTH an auditory terrestrial spectacle

In „WHAT ON EARTH“, Caroline Creutzburg and her team imagine the earth’s crust, its sediments and its substances as the protagonists. It is hardly conceivable – but let us assume that the world of today could be abstracted from all human activity. Let us assume that human omnipresence, which so self-evidently surrounds us, could be reversible: the news on the monitors would disappear; air traffic would be stopped; data streams would cease; exports would remain in the warehouses. All emission of noise, of images, of warmth, of information would dry up. Earth would show herself and tentatively tense her muscles.

Caroline Creutzburg was awarded the Jury Price of the Hamburg Körber Studio for Young Directors 2017 for her solo “Nerve Collection”.