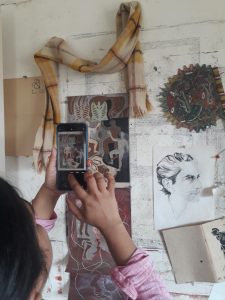 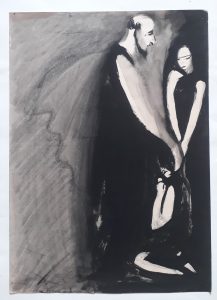 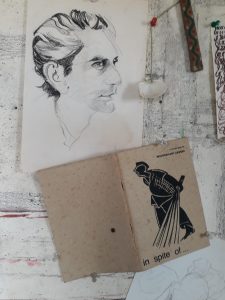 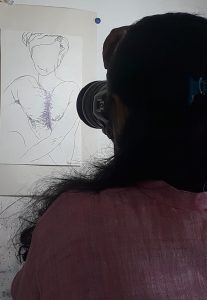 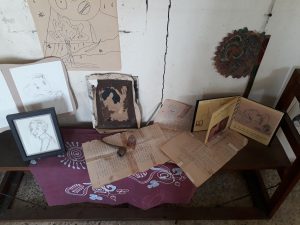 Initiated by multi-media artist Bharati Kapadia and writer and political theorist James Martel, “Where Lies Death’s Sting” looks at the way that life and death are not two separate elements but are constantly changing one another. The site where this intermingling and transforming happens, and the focus of four film works in collaboration with Abeer Khan and Ash Verwiel that will be premiered during “Bodies, un-protected”, is the human body.

Baharati Kapadia:  How Do I Show The Ocean Space You Carried Inside You?

This film project explores the life and work of the Gujarati poet, playwright, director and actor Bhadrakant Zaveri, who was fatally injured in a bomb blast in 1993. Bharati Kapadia highlights the key features of their twenty-four-year relationship. While narrating the story of the two protagonists, the film also encapsulates the transformation of the vibrant city formerly known as Bombay.

This fictional short brings to life the body of grief presented by the Persian and Urdu poet Mirza Ghalib, who lived in Delhi during the last days of Mughal era. His preferred poetic form was the ghazal, which deals mainly with the pain of loss and the ache of love. In “6365 CADELL ROAD”, we meet a man living in Mumbai during the recent pandemic, who attempts to deal with his grief through a deep dive into Ghalib’s words: life-affirming poetry though starkly devastating.

“Bodies of Belief” is about loss and magic. It is structured around a visit by James Martel to the childhood home of his now dead friend Nasser Hussain. During this visit, James hopes to discover the source of a magical power which Nasser attributed to his mother, his grandfather and to the patron saint of Karachi, Hazrat Abdullah Shah Ghazi: a power which James feels protected by, even after Nasser himself has gone.

In this film, a tattoo artist, a dancer and a bodyworker talk about and perform what it means to be a body who works on and with other bodies. Each of them will be paid their hourly wage but in the project they won’t necessarily do their job per se. “Take Five” is intended to focus on how we occupy our bodies while we are alive. They each describe both how they can push beyond the perceived limits of the body, even as the body describes its own agency and power.

James Martel teaches political theory in the department of political science at San Francisco State University. He is the author, most recently, of “Unburied Bodies: Subversive Corpses and the Authority of the Dead” (Amherst College Press, 2018) and “The Misinterpellated Subject” (Duke University Press, 2017). He has a new book coming out next year entitled “Anarchist Prophets: Disappointing Vision and the Power of Collective Sight” (Duke University Press, forthcoming in 2022).