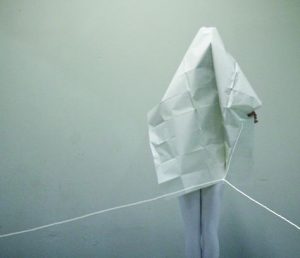 Humans beings have always produced maps in order to chart unknown territory, to familiarize themselves with it, make it accessible. Maps bring order to the chaos of vast space. In You are here dancer and choreographer Antje Velsinger takes cartography as a starting point for dance and transforms the stage into a surveyed landscape. The space thus becomes a place of constant change in which the performer and the spectators are transformed into points on the maps and parts of the landscapes being produced. New perspectives open up, new bodies and possibilities to orientate oneself are created by the aesthetic experience of gaining and losing orientation on a constantly changing map.