When it comes to the next generation of independent theatremakers, there’s no getting way past Hesse – at least for three of seven theatre formations, who will be presenting their premieres as part of the upcoming Freischwimmer festival: Giesche X Hermsdorf, Luise Voigt and Lukas und.
The festival is co-curated and co-produced by independent theatre venues in Berlin, Hamburg, Düsseldorf, Vienna and Zürich since 2004. For many meanwhile internationally successful groups, their Freischwimmer productions were an important step towards a national and international acceptance of their work. It has therefore been high time that Mousonturm joins the network of festival producers. This year, we are along for the ride for the first time.

Let’s not delude ourselves. The neo-liberal system of social exploitation already reached the arts long ago. Not just in the narrower sense in form of the copyright debate, but also in the conditions for artistic production. While the economic aspect of the artistic “Me Inc.” carries the aftertaste of self-exploitation and exploitation of others, it nevertheless allows for differentiated “active participation” in an artistic sense. It sets processes in motion, which produce substantial surplus value.
This year’s Freischwimmer projects invite you to escape and sail away from the system! – Use human capital for worthwhile purposes! – Burn up singing at work! – Exploitation starts in the kitchen – Nothing is ever only black or white – Be unfair when you criticize – and play with symbols, logics and systems! 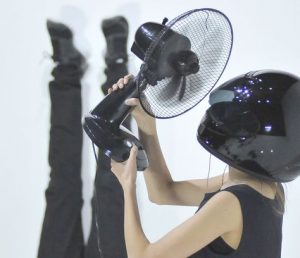