Listen Attentively, So You Can See. Narratives and Practices on Arts, Economies and Sciences from the Vantage of an African World

In one of her seminal proposals, the Algerian philosopher Seloua Luste Boulbina put a significant twist in the tail of one of the key philosophical and post-colonial essays of the twentieth century. She retorts that the issue at stake is not “Can the subaltern speak and write?”, in reference to Gayatri Spivak, but rather “Can the non-subaltern hear and read?”. The histories plagued by the colonial enterprise have been characterised on the one hand, by the universalisation and prioritisation of Western knowledge systems over others, and on the other hand, by what one might call “speaking-for-the-other syndrome”. The destruction of knowledge is what I call epistemicide: the destruction of the knowledge and cultures of colonised populations, of their memories and ancestral links and their manner of relating to others and to nature. Taking this into consideration, in May, September and October 2019 we are planning a series of lectures, performances and an exhibition within the realms of the arts, science and technology, pedagogy and economy from the vantage point of practitioners from the African world. The series “Listen Attentively, So You Can See” aims at a fundamental shift and demands us to step back and listen to the voices and knowledge of peoples from the African world as they speak about issues that concern them. We are inviting worlds to come together through the practice of listening. Our interest goes far beyond the notion or slogan “Africa is the future”, because Africa is the present – a present that encompasses the past and the future. With this series, we intend to create a space for encounter, exchange, intersection and negotiation through the prisms of art, economy and the sciences, as imagined by protagonists from the African world. As Sun Ra wrote in the liner notes of his first album “You must learn to listen, because by listening you will learn to see with your mind’s eye”. 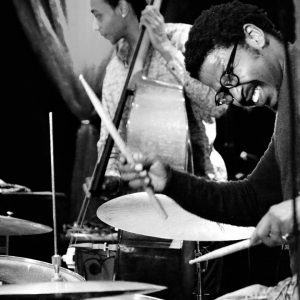 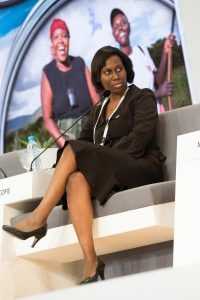