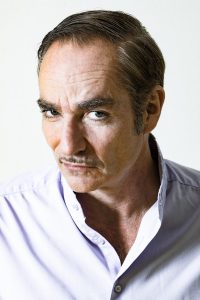 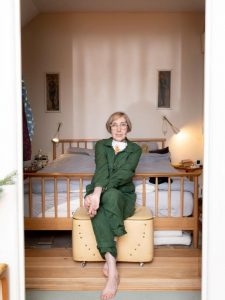 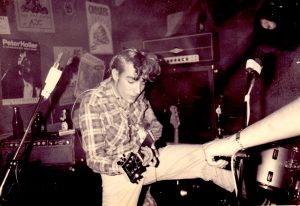 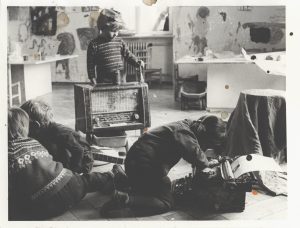 “Argumentepanzer” is a collection of essays and lyrics written by Ted Gaier for newspapers and magazines over the past 20 years. As a participating observer, he has written about protests in Athens and Prague or about a group of residents resisting the manipulations of a major real estate investor. He reports on structural racism in the theatre and media, as well as marketing methods in the music business. Using the band Ton Steine Scherben as an example, he explores patterns of left-wing historiography and, in articles about Robert Görl of the DAF or the Monks, inquires into what constituted earlier avant-gardes. He also deals with the history of mainstream pop in Romania, electronic music festivals or the art of Mariola Brillowska. Gaier is clever at explaining social developments using pop-cultural phenomena, while also questioning his own biography and his work with the Goldenen Zitronen and the performance collective Schwabinggrad Ballet.

Clara Drechsler is a notorious school dropout and childlike hood occupant, co-founder of Spex in 1979 (at that time based in Cologne), editor and author until 1995, since then, together with Harald Hellmann, translator of books that preferably have little to do with music. As a writer largely retired. Special: for a long time only went out exactly once a year because of horrific panic attacks, namely for the Golden Lemons concert.

Admission to the hall starts 45 min. before the show and ends 10 minutes before. Please be on time.
Admission only with face mask! More information on hygiene and safety