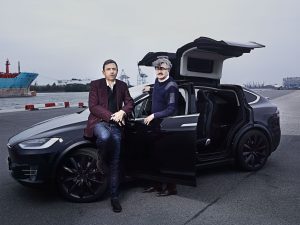 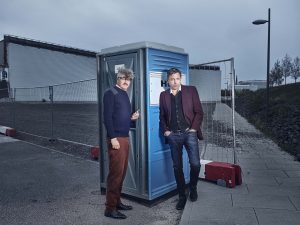 Join Rocko Schamoni and Gereon Klug on their never-ending tour of Germany! Here is the chance to take a back seat in the peanut gallery of a shabby SUV rental car to listen to the two of them whine and fuss over the unprecedented state of German show business. Fatefully chained together for years, an artist whose star is beginning to wane and his manager trying to squeeze every last drop out of his host like an old lemon. The “sights” along the way, the dreary backstage rooms, the corrupt organizers, the bizarre opening acts and the impositions of modernity are increasingly getting to them, and the nightly shows at ever smaller venues under increasingly lousy conditions are turning into a fiasco. Schamoni and Klug cut each other no slack, leaving them with all the more to give to their audiences – such as a ride.