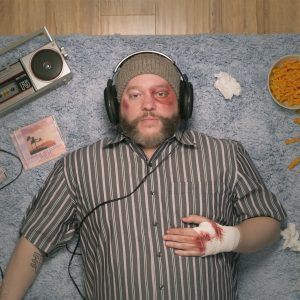 On his album “Therapy”, released in April, Ben Cooper, alias Radical Face has
renounced all his previous narratives and set out in a completely new and
happier direction. Instead of creating a complicated saga, he keeps his
parameters simple, instead of discussing his restless past, he concentrates
on the scarred present. In order to test himself and leave the compositional
boundaries of his celebrated “The Family Tree” trilogy, Cooper took on a
number of projects. He gave his instrumental album “Missing Film”, a score,
which he made freely available online for filmmakers and his “Covers”-EP
“Vol. 1: Lady Covers” exclusively feature cover songs of female artists. Part
of the new challenge was also moving from Florida to California, which
forced him to learn how to record in a flat with minimal equipment. Instead of
acoustic folk, he composed pop songs there – lush and playful, with catchy,
yet profound lyrics.

Support: Jon Bryant.
Halifax-born and Vancouver-based singer, songwriter, and multi-instrumentalist Jon Bryant explores the conundrum of connection on his full-length debut for Nettwerk, Cult Classic. “Over the past few years I’ve really become a skeptic. Thanks to social media, politics, religion and news media, etc.,” he explains. “Many songs on the album reflect that skepticism and emphasize the ways I’ve evolved as both a writer and person; spiritually, mentally and emotionally.”