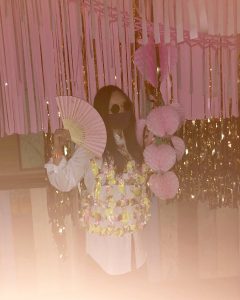 By Claire Lobenfeld, Jul 28 2018
Before you ask: Yes, Amazon to LeFrak, the new EP from Miho Hatori (Cibo Matto, Gorillaz), got part of its name from Noreaga, one of the project’s most famous sons. FACT’s Claire Lobenfeld talked to Hatori about the philosophy of new optimism behind her solo project New Optimism, as well as the changing landscape of New York City, Japan’s nuclear trauma and how Amazon is everywhere.

When did this specific project, New Optimism, start for you?

Miho Hatori: I started the project almost seven years ago and started to play shows as New Optimism little by little. The idea came from when I heard the post-modern term “new sincerity”. It’s really based on irony and advertisers use that term to create content. I think there was a lot of that kind of energy in the air. I wanted to do something that was the opposite of it because irony doesn’t help me [laughs]. It’s too dark of a way to process life for me, so I came up with the idea of “new optimism” and got to play a show and started to make songs, as well.