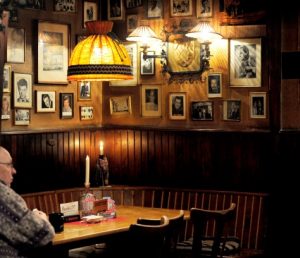 He, who successfully tells jokes, also determines what is being laughed about, what is laughable and who is being excluded. No joke: when it comes to humour, the male perspective on life has the upper hand. No way, says the illustrious choric-choreographic task force of Susanne Zaun and Marion Schneider and thus sets out to probe the murky depths of humour and happily take apart the mechanisms of telling jokes. One month before the world premiere (14 – 16 April) the team open its rehearsal doors to the public at the Frankfurt LAB.