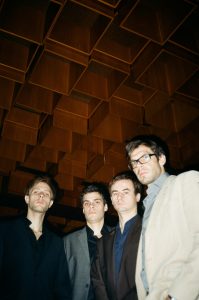 The universal artist André Heller called the ex-federal chancellor of the same name an “Austrian error” and “mistake in the system”. To put it crudely, you could say the same thing about the band Kreisky, whereby they are simultaneously a corrective for the Austrian element: unbelievable, disquieting and loud in their music, and Kreisky’s texts qualify as “difficult, shooting off at the mouth, opposing, even if the enemies are no longer so clear and, in fact, invisible” as De:Bug once described. “Desperately needed and a world of good.”