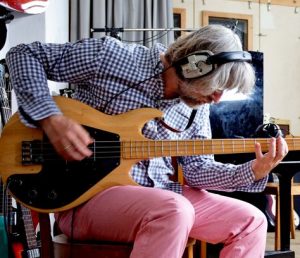 “Discourse-Pop will never again be as beautifully awkward as this”, so said the Musikexpress upon the release of Erdmöbel’s eighth album Krokus. Now three years later, we have its successor Kung Fu Fighting being released in late September. For songwriter and singer Markus Berges, it is an “extremely appellative album. Mind you without a message.” And the music ranges from modern classics to Steely Dan references, reggae rhythms and converted Meters funk.