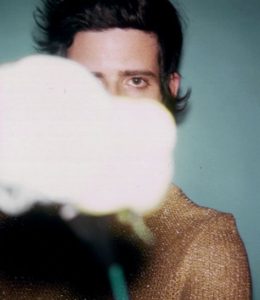 Often described as a bearded oddball, American freak-folk singer, Devendra Banhart is considered one the fathers of a shining neo-hippie scene. His albums have been a constitutive in the establishment of New-Weird-Americana, a musical and pop-cultural movement founded in the later 1990’s with a stylistic emphasis on weird or psychedelic folk. He has worked with a wide range of musicians, such as Anthony and the Johnsons, Beck, Vashti Bunyan, Swans, Gilberto Gil and Caetano Veloso. This July, the singer and songwriter is on tour and will be stopping off at Mousonturm for one of only five concerts in Germany in order to present his newest album together with his band: Mala – 14 songs that speak of the vast horizon of a mellow philosophy on life.