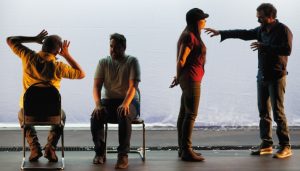 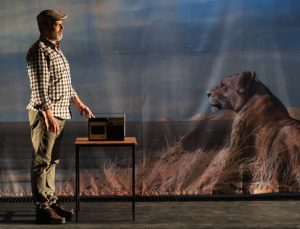 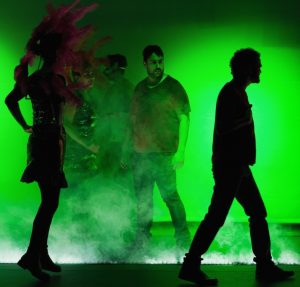 Based on a true story beginning in the late 1970’s in Buenos Aires: Alberto, opponent to the military regime, buries evidence of his revolutionary activities in his parents’ garden. 40 yars later, the objects come back to light again, but Alberto is no longer, who he once was. All the characters in Mariano Pensotti’s new piece are faced with a similar situation: they are not, who they thought they were. They are deceived about themselves, about their convictions, their feelings, their origins. Pensotti is currently one of the most innovative theatre makers in Argentine. He unearths personal and family myths like an archaeologist. His subtle and masterful construction of narratives and settings allows audiences to evocatively experience the fateful ambiguity of facts, the unreliability of memory and the inextricable web out of which identities and biographies are formed. At Mousnturm, the piece will be shown at for the first time ever in Germany, directly following its world premiere at the kunstenfestivaldesarts in Brussels.

Supported by the Hessian ministry of science and culture and  the Goethe Institute.