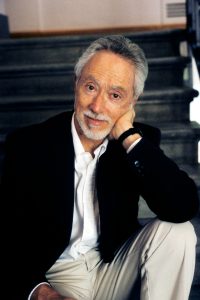 An evening with J.M. Coetzee

He may just be the most highly decorated international author of today: as the first author ever to be awarded the prestigious Booker Prize twice, he also received the Nobel Prize for Literature in 2003. Who do we mean: the novelist and essayist J.M. Coetzee of course! Born 1940 in Cape Town, Coetzee has already become a fixture in the literary canon with novels such as the ‘Life & Times’ of Michael K. (1983) and ‘Disgrace’ (1999). Like almost no other artist, Coetzee managed during apartheid to criticise the system, without instrumentalising his texts.