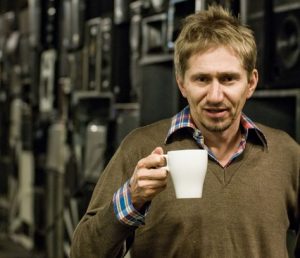 Once again, theatre director and musician Schorsch Kamerun (Die Goldenen Zitronen) examines discontent from all angles. Against the backdrop of the newly congregating discontent in city squares and in front of train stations, between luxury boulevards and supershoppingblockfinancepowerbrickwastelands, Kamerun talked and listened to all who had a take to tell. Over two years, he assembled all this into a running text, while developing the associated music parallel to it. Now, he has released the new album: Der Mensch lässt nach – a beautiful piece of work somewhere between classical modernity, new music and Indie. Powerfully eloquent, funny and provocative!