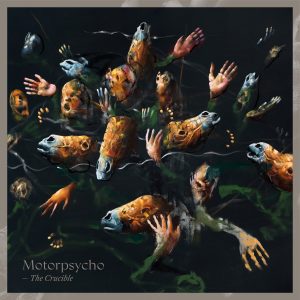 Motorpsycho call themselves “too gnarly for prog nerds and too musically unwieldy for punks”. On their new album “The Crucible” (2018), they happily delve even deeper into dark and experimental spaces. While their last album “The Tower” was proof enough of the pioneering alternative-metal band’s undiminished gift for giving their fans hell for what has now been more than 20 years, “The Crucible” goes another step further. The contents of the new album are more condensed, but also compositionally more ambitious than its famous predecessor. You might think that this inevitably leads to a diminished acoustic attack, but the album has just the right punch for good rock.