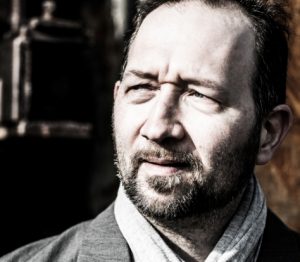 The first LOKAL Listener welcomes Max Clouth. The guitarist is a native of Frankfurt and recently been awarded the renowned Frankfurt Jazz Scholarship 2017. He originally studied jazz guitar at the Mainz School of Music and “Word Music ” at the Carl Maria von Weber Music School Dresden. His intensive exploration of classical Indian music culture then led him to Mumbai to the Sangit Mahabharati Music School, where he completed his studies in 2012. Back in Germany, he developed the “Lotus Guitar” together with a guitar builder – a mixture of acoustic guitar, sitar and oud. Aside from his great virtuosity on the electric guitar, this unique instrumet has since become Max Clouth’s trademark. In 2015, he began a new course of study and is now enrolled in a film music course at the Film Academy Baden-Württemberg.