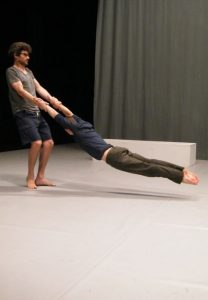 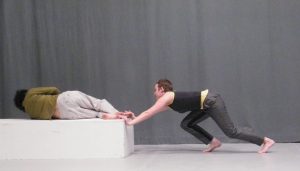 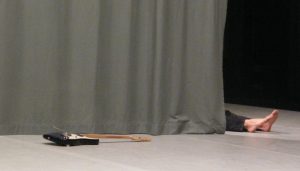 Here music, there dance. Here the ensemble Nikel, there the collective MAMAZA. At the beginning of their project together, they asked themselves what if they simply stopped doing, on the one hand, what dance wants and on the other hand, what music wants? And what if something else emerged instead, something that is never quite dance and never quite music: a group, which works on a structure of visible and invisible elements, in which people and things violently clash or delicately merge and create mutually interactive and touchingly audible images and visible sounds.

The ensemble Nikel is a group of musicians from Israel, France, Belgium and Switzerland. Specialized in contemporary chamber music, the ensemble shares a preference for 20th century instruments and for the exploration of acoustic spaces. Ioannis Mandafounis, Fabrice Mazliah and May Zarhy have been producing international touring productions in Frankfurt since 2009 as the dance and choreographic collective MAMAZA. The Nikel Project is part of the project enacted thinking, a two-year cooperation between MAMAZA and Mousonturm funded by the Doppelpass program of the German Federal Cultural Foundation.

German Premiere. With a Warm-Up for everyone. Artist Talk in the upper foyer after every show.