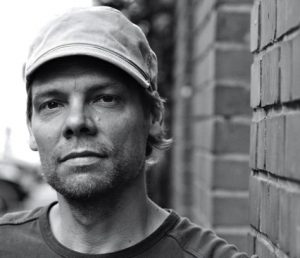 From Migrant Worker to Gangsta Rapper

From youth centre into the heart of society. Gangsta rap has reached both the feature pages as well as the gala event. The opinions of the mainstream middle class rage from “dangerously alien” to “excitingly different”. When injected into an aesthetic context, gangsta rap is often wrested from its social background and made more palatable. However, there are always also moments of subversion and trickery. This lecture focuses on exactly such rifts in its history as well as the relationship between rap and migration, while moreover shedding some light on the mechanisms of constructing masculinity in gangsta rap.

Murat Güngör teaches at the Carlo-Mierendorff Comprehensive School in Frankfurt am Main. He is co-author of a non-fiction book on hip-hop culture and co-founder of the anti-racism activist network “Kanak Attak”. Musically, he was an active rapper between 1990 and 1999.

Hannes Loh teaches at the Geschwister-Scholl-Gymnasium near Cologne. He is author of several books on hip-hop culture in Germany. From 1986 to 1998, he was musically active as rapper in the group “Anarchist Academy”.