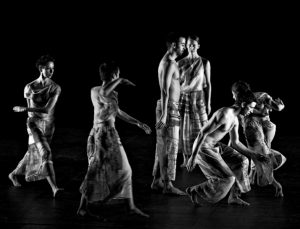 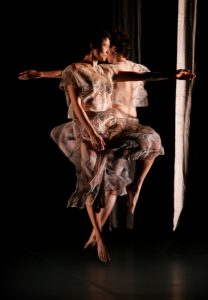 As a definitive icon of American post-modern dance and pioneer of “pure movement”, Trisha Brown is one of the most influential personalities in contemporary dance. At Mousonturm, her company shows the Proscenium Pieces 1979-2011 for the last time in Germany, including milestones in dance history such as Solo Olos (1976), Son of Gone Fishin´ (1981), Set and Reset (1983) and Rogues (2011). Brown’s choreographies strike at the core of human action. Using basic movements and positions such as sitting, lying, standing or walking, she develops feathery, flowing formations out of repetitions and superimpositions, which challenge our understanding of dance to this day.