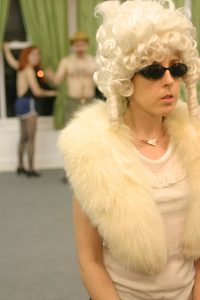 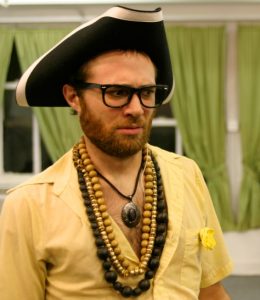 For six years now, directors Pavol Liska and Kelly Copper have been working on the monumental theatre project Life and Times. In a series of epic telephone calls, they asked a close friend and artist collaborator to recall childhood memories. The first four episodes, based on the transcriptions of these telephone calls (retaining all uhms and ohs) met with enthusiastic responses by past Mousonturm audiences. After a musical, dance performance and thriller, Episode 4.5 takes on the form of a hand-painted animated film documenting the search for true love in high school and continues in Episode 5 with recollections of the first sexual experiences in the style of a medieval illuminated manuscript accompanied by mighty organ music. Number 6 in the series finally confronts the viewer as well as the company with a vacancy. Suddenly there is massive silence and the inescapable issue of what life is really for, the question of how and why to make art and carry on.