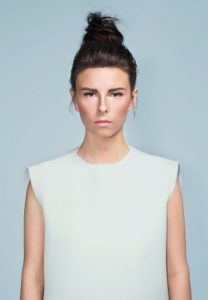 As a longstanding studio singer, Balbina is no newcomer to the local underground rap scene. She’s recorded her debut album Bina with producer Biztram. Like a distant echo, her stories revolve around the magic of everyday life and describe the high-rise district that she lives in. Her new album is calles “Über das Grübeln.”

Musical multi-talent Owen Pallett, who no longer wishes to be called by the name “Final Fantasy”, is both handsome and charming, as well as chock full of talent. When he’s not on stage with Arcade Fire, for whom he arranged the string section for their brilliant album Funeral, playing the violin or working with The Hidden Cameras, he’s releasing one shimmering pop album after the next. Now, he’s coming to Frankfurt to grace the Palm Garden with his most recent album In Conflict. 13 songs – personal and confidential, almost like love letters and as archetypical as fables. Owen Pallet is from Toronto. And he’s nerdy, he’s gay, he’s cool.