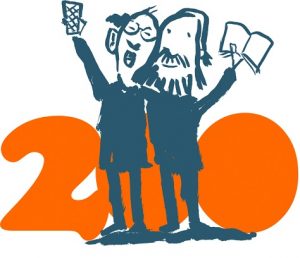 Not only was Friedrich Stoltze a humorous observer of the petty bourgeois world of old Frankfurt and raised the Frankfurt vernacular to a considerable literary level, he was also a police-sought journalist and champion of democratic rights in Germany. Like no other, he embodied (the better) virtues of Frankfurt: intellect, wit, appetite for risk, open-mindedness, and the abilty to hold one’s drink. In November 2016, Friedrich Stoltze would have turned 200. To mark this anniversary, the Fliegende Volksbühne Frankfurt has arranged a competition seeking new compositions setting Stoltze texts to music. Before the best are given the honours, the concert at Mousonturm, moderated by Michael Quast, presents the rich range of contributions – from art song, choir singing, experimental music to rap, hip hop, jazz, folk song or rock ballads.