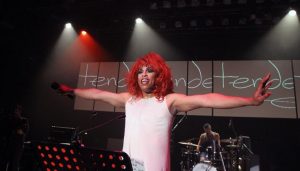 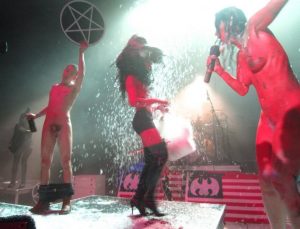 Camp/Anti-Camp Vaginal Davis Is Speaking from the Diaphragm, Part 1 & 2

For some, camp is a lie that tells the truth. For others, it’s an unexpectedly intense commitment to the seemingly trivial. Some say that camp is so bad that it’s good. For others, it’s so good that it calls into question dominant value systems. For generations of queer culture, camp discourse provided a perverse productive perspective on their own lifestyle and offered new approaches to art, aesthetics, consumer-capitalism and gender identity. But many hybrid international practices, which reference cultural, ethnic and historical traditions of their own, have meanwhile distanced themselves from the North-American camp discourse. Curated by queer culture experts Marc Siegel and Susanne Sachsse, Camp/Anti-Camp presents the homo-core underground legend Vaginal Davis as the main attraction of a compact event, which seeks to break open the camp discourse with exemplary performances and films, academic and artistic presentations, in order to question its capacity to explain the diversity of underrated cultural practices.